The best icons and larger buttons come to your share menus

Last August we announced a modern new design for AddToAny share menus, and this year begins with an exciting update to that design.

AddToAny has been bullish on highly optimized scalable vector icons, and we have extended the vector treatment to all AddToAny services, including the universal share menu and the universal subscribe menu. (Note: The following are zoomed-in screenshots, so try your nearest AddToAny button to see the real vector menus.)

Sixteen square pixels of raster blurriness: be gone! AddToAny SVG icons look great at any scale on any screen, and they are spectacularly crisp on high-PPI devices such as Retina and Retina HD displays. Zoom all the way in if you’d like. Almost magically, AddToAny vector icons are super-lightweight, even faster loading, and gracefully switch to raster equivalents for older browsers (such as Internet Explorer 6-8 and Android < 4.4).

The new icons compliment a new modern font face and an increased font size. AddToAny now uses the best-available and fastest-loading system font starting with Helvetica Neue Light. So with larger icons and larger fonts, that leads us to…

Poking around a mobile touch interface can be difficult at times, so we made tappable targets even larger for menu buttons. A larger tap area is a relief on mobile touchscreens, yet still appropriate for desktop pointing devices like mice, trackpads, and the rare pointing stick.

Multiple share buttons presented an opportunity to actually reduce the number of default options to a helpful degree. Larger icons, larger fonts, and less options improve glanceability, and we fully expect that to result in increased sharing activity. 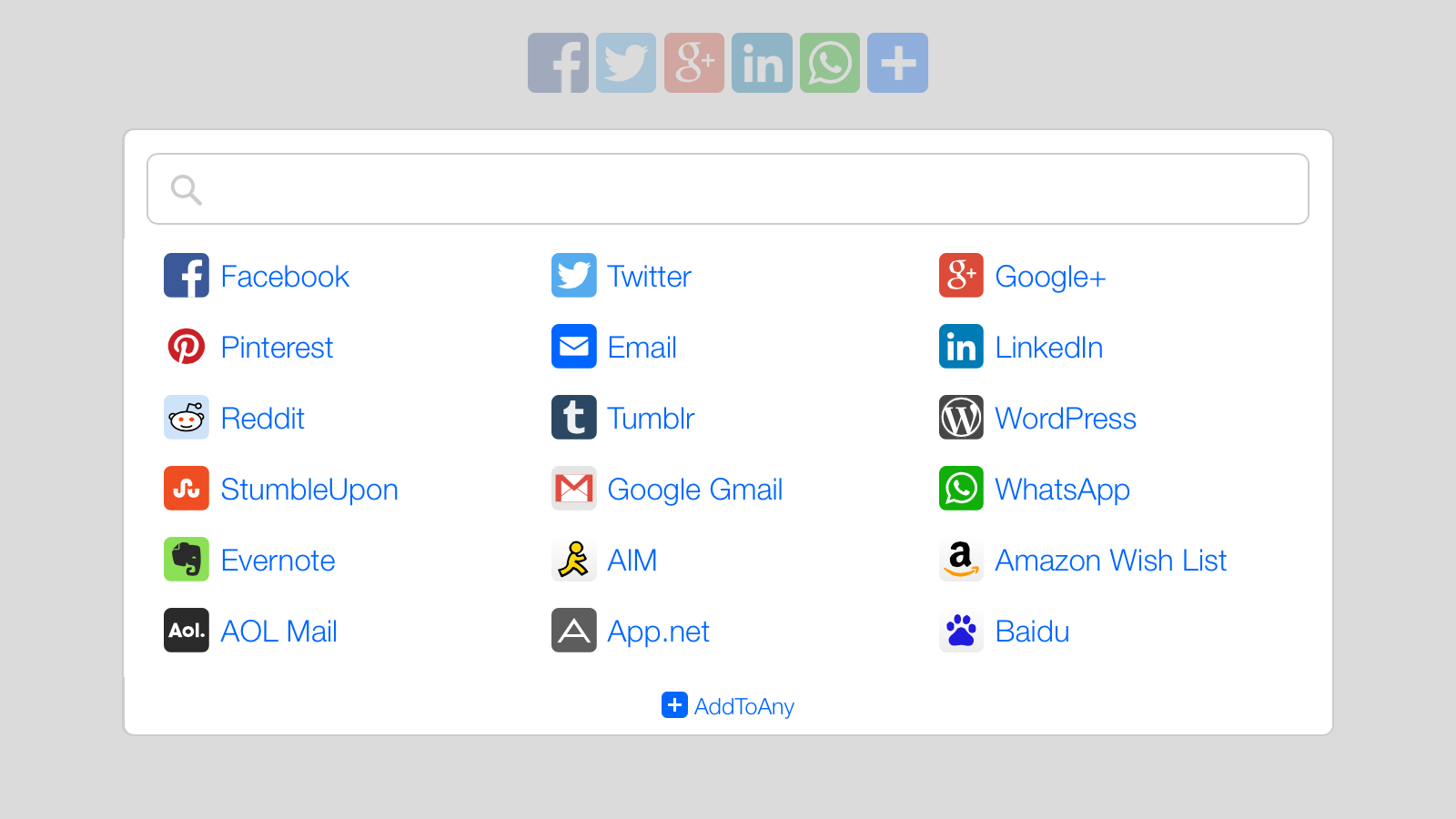 With AddToAny, you’re always welcome to customize the share menu for your needs. Let us know if you have feedback on this universal menu update.